Without having many chances, Paris FC managed to win 3-1 on the ground of ASJ Soyaux. An essential victory acquired thanks to an unfailing realism. 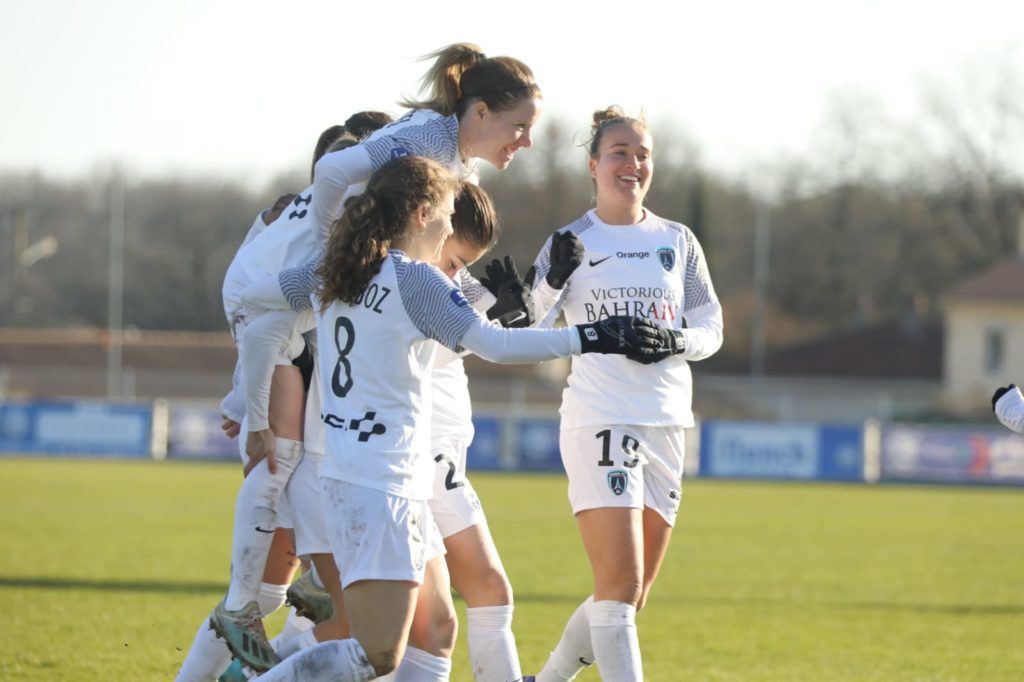 36′ GOAL! After a cross from Julie Soyer, Clara Mateo appears in the middle of the box and deceives Munich with the outside of her foot! 0-1

41′ Well launched in the depth by Daphné Corboz, Clara Mateo pushes too far her ball and does not manage to straighten her race.

63′ Anissa Lahmari reduces the score after a personal exploit in the box. 1-2

80′ GOAL ! Clara Mateo gets the ball on the right side and crosses instantly. At the near post, Louna Ribadeira takes the ball and scores with power. 1-3

35 minutes. That’s how long it took the game to get going. The moment for Clara Mateo came up in the middle of the box and scored with her precious outside foot. If the second period started at a crazy speed thanks to Clara’s second goal, the Parisians were a little afraid. Anissa Lahmari played the balancing act in the box to reduce the score and give some cold sweats to the players of Sandrine Soubeyrand. It was without counting on the Parisian realism which, at the 80th minute, was translated by the third goal of Louna Ribadeira in D1 Arkema this season.

A very important victory for the Parisians who will keep, whatever happens, their third place in the championship.

Next weekend, the French Cup returns. The Paris FC receives Le Havre (D2) in the round of 16 of the competition in Bondoufle.