Presentation of the women's section

Because football can also be played by women, Paris FC has been working for many years to develop its women’s section, one of the largest in France with around 400 members.

Paris FC relies on quality training, recognised as a reference in the Ile-de-France region, to help its young girls progress and reach the highest level. By winning prestigious competitions and having many young players in the French national team, Paris FC proves its ability to train the girls of tomorrow and to exploit the potential of the Ile-de-France region.

With the ADP Group – Paris FC Training Center, the first team has access to top-level facilities that enable it to make the most of its team’s potential. By relying on a mix of experience and youth, the Paris FC ambition is to return to the UEFA Women’s Champions League in the next few years.

“Women’s football is evolving very quickly. Paris FC too ! Since the merger in 2017 between FCF Juvisy Essonne and Paris FC, the club has become more professional at all levels. One of the biggest women’s sections in France, fighting for the top of the table in D1, Paris FC is a major actor of women’s football in France. Since the World Cup in France, there has been an unprecedented boost. On the pitches, we are attracting even more young girls, and off the pitch, partners are attracted to associate their image with ours. This bodes well for the future. I am also very proud to see our first team training in exceptional conditions at the ADP Group – Training Center, where there is real parity with a mixed building. Our aim is to maintain our quality of training and to bring our best youngsters into the first team.”

Paris FC has been awarded the “Gold Label”, a distinction given by the Paris Ile-de-France Football League, which rewards all the work done by the Parisian club with young people. This label, the highest distinction, highlights the qualifications of our educators, the quality of the training project, the capacity to receive players and also the educational project.

At each national gathering, Paris FC is proud to see a dozen players join the French team, from the U16 team to the senior team. In 2019, Oriane Jean-François even won the Euro U19!

Paris FC regularly represents the Ile-de-France region at the U13 Pitch Foot Festival in Capbreton, a tournament bringing together the best regional teams. Beyond national tournaments, Paris FC also shines in Ile-de-France and regularly wins numerous tournaments and cups such as the Coupe de Paris IDF or the Coupe du Val-de-Marne.

A merger in 2017 with FCF Juvisy Essonne

The merger in July 2017 with FCF Juvisy Essonne gave a boost to the Parisian project. The merger between a professional club and a historic women’s football club now allows Paris FC to play at the highest national level.

Located in Paris and Essonne

Following the merger between Paris FC and FCF Juvisy Essonne, the Parisian club wished to maintain its presence in the Essonne and Val de Marne regions. Thus, Paris FC has a football school and a training group in Porte de Montreuil (Paris 20th) and in Maquin (Essonne).

The Essonne Cup, a reference tournament 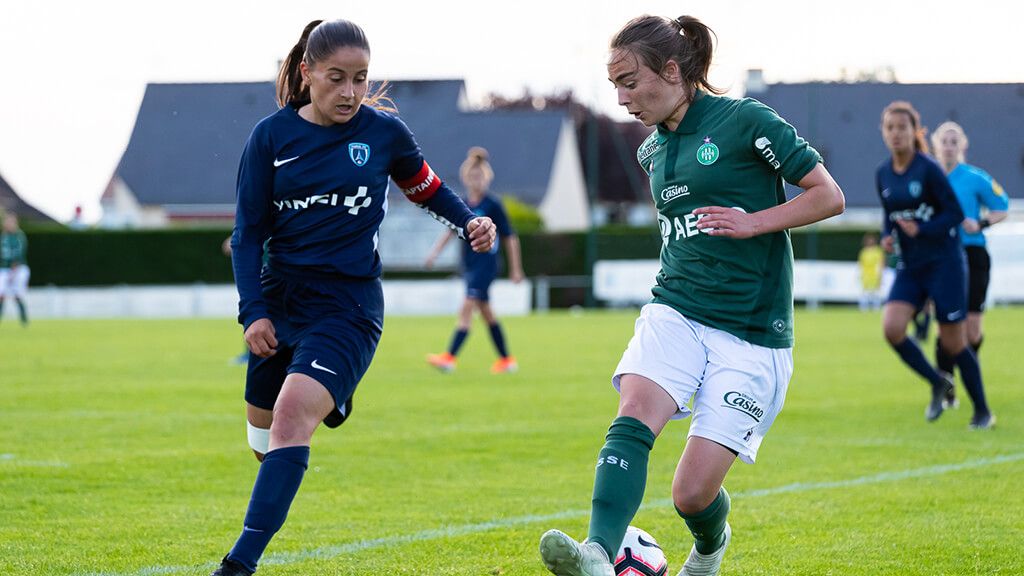 Since August 2017, Paris FC has been organising the Essonne Cup, a women’s U19 tournament bringing together the best French teams. In just a few years, this competition has become a must for French women’s clubs.