One week after the elimination in the French Cup, Paris FC reacted in a very good way against the same team of Fleury (3-1). Sandrine Soubeyrand’s players are more than ever on the podium of D1 Arkema ! 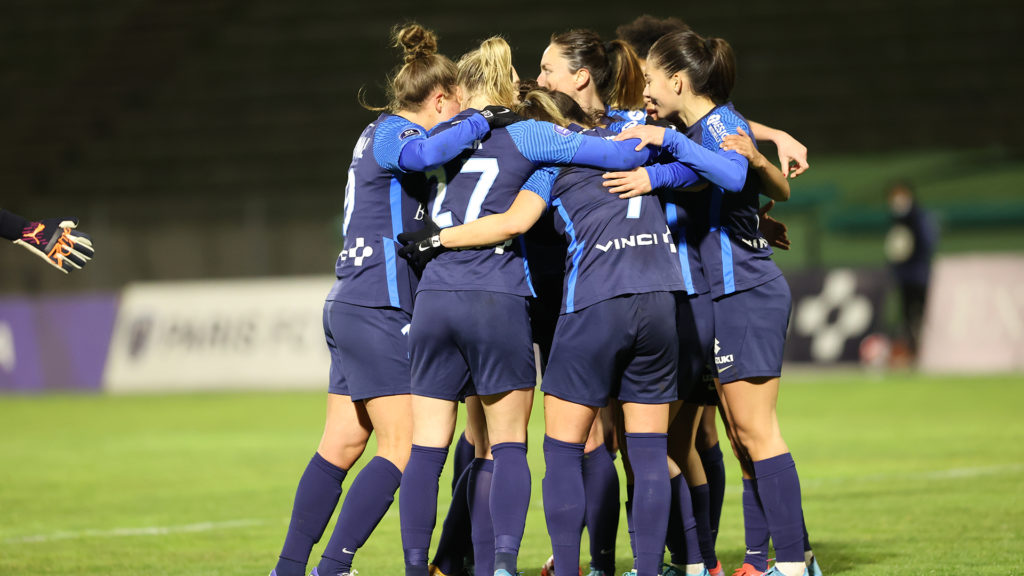 13′ Goal. After a long run, Kamczyk crosses for Grabowska who takes the ball in tackle. Chiamaka Nnadozie is beaten. 0-1

20′ Oh on a long shot, Julie Soyer finds the outside post!

26′ GOAL ! Gaëtane Thiney finds Airine Fontaine in the left side of the box who crosses for Mathilde Bourdieu. With her back to the goal, Mathilde swivels and beats the goalkeeper ! 1-1

61′ GOAL ! All alone, Mathilde Bourdieu dribbles several players and curls her shot at the entrance of the surface! 2-1

69′ The post ! Served in the surface by Mathilde Bourdieu, Clara Mateo shoots in power but the ball hits the post!

88′ GOAL ! After a solitary raid, Clara Mateo wins her duel with the goalkeeper and scores from close range! 3-1

An XXL performance! Vexed by the defeat in the French Cup a week earlier against the same team of Fleury, the Parisians had in heart to come back stronger during this 16th day of D1 Arkema. However, the game did not start in the best way, since Fleury opened the score on its first counter (13′). Mathilde Bourdieu, in pivot, sounded the revolt (26′), perfectly served by Airine Fontaine, starter for the first time in D1 Arkema. After the break, Sandrine Soubeyrand’s players transcended themselves to take complete control of the game.

Thanks to Mathilde Bourdieu (61′), once again, Clara Mateo (88′), at the end of the game, and to Chiamaka Nnadozie’s decisive saves, Paris FC won brilliantly against the 4th of the championship.

This success allows Paris FC to take a 9 points lead on their opponent of the evening. A perfect operation!