Results and feedback from the Academy

Mixed results this weekend for the Training Centre. If the reserve team won against Meaux, the U19 fell and the U17 were held in check.

Mathieu Lacan : “It’s a match that we totally mastered on a collective level. It’s a great satisfaction! We were late in scoring the first goal but we managed to go in at half-time with an advantage, which was good for us. We then started the second half very well and we were immediately rewarded. The third goal was the end of a well-controlled game at home. We are happy to win for the second time in a row in Déjerine with a large score. This is a credit to the work the boys have done since we took over in 2022. It’s up to us to continue in this direction even if each match is different. We should also note the 2nd game of Cyril Mandouki who played 80 minutes this time. We’ll face PSG next week in a friendly.” 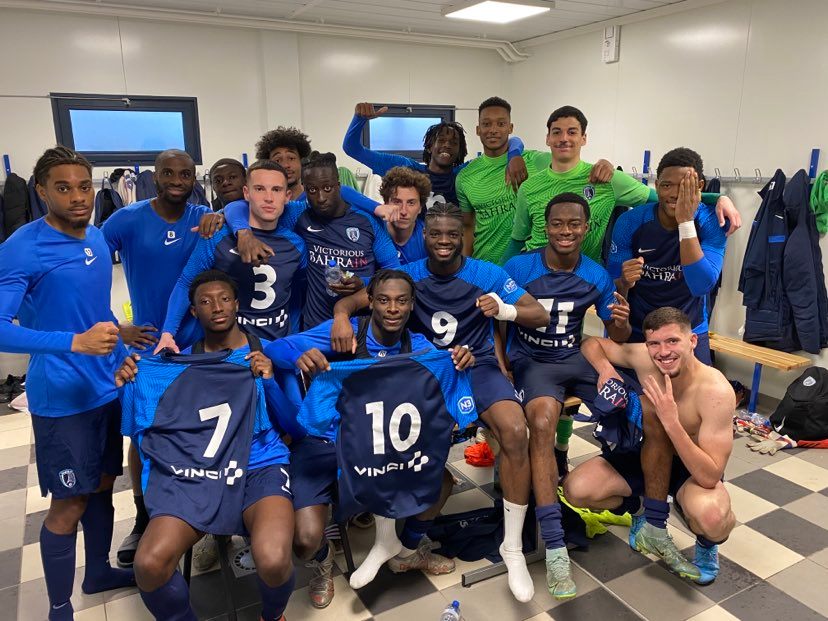 Flavien Binant : “We had a very good start to the game, lasting 15-20 minutes. We managed to open the score quickly and create several chances. We then let them off the hook through technical errors. They finished the first half very strongly and came back to score before the break. We managed to get back into the game and started the second half very well with two great chances, but we were countered and they took the lead. We then tried to come back without being dangerous. We conceded a goal in the last second from a penalty, which was quite anecdotal. This defeat at home is disappointing even if we faced a good Nancy team. We are still paying to learn.”

Clément Lucas : “It’s a bad performance, we lost two points against a team that is playing for its survival and that put a lot of intensity and density. We had done the hardest by opening the score before the break. We also made some adjustments at half-time to go into the second half in a more serene manner. And we conceded a goal on an individual error when we were on a roll. We still pushed and had the chances to win but we didn’t take them. I regret the lack of initiative, maturity and accuracy. We need more composure in our decision-making and the players need to be more independent. They are the players, and they must understand that. In spite of everything, the state of mind was rather coherent, we respected the opponent and we conceded little defensively. I just regret certain reactions at the end of the match. Some people need to work on managing their emotions and accepting mistakes.”