Paris FC and VBET are pleased to announce their newly-signed official partnership for the end of the 2021-2022 and the 2022-2023 seasons. 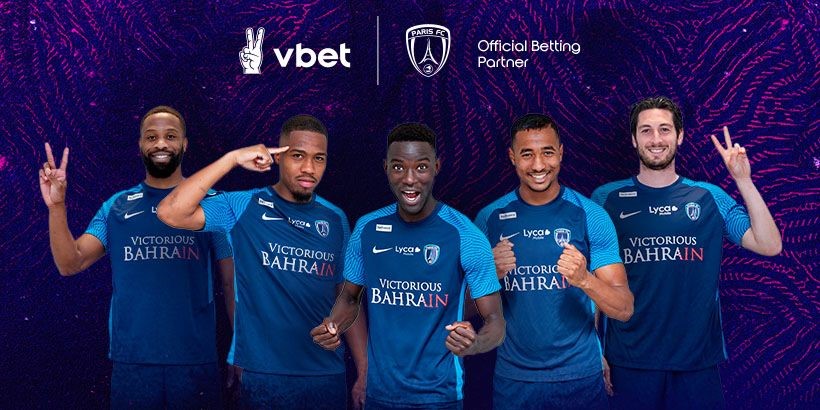 Recently on the market as a sports operator, VBET is expanding rapidly as a significant player. Already present in France as a sports partner, the bookmaker wishes to strengthen its position in French football by joining forces with Paris FC. This partnership offers VBET additional visibility in the sports arenas of Ligue 2 BKT and D1 Arkema, and among their supporters.

This season, Paris FC is making a name for itself with its talents, and the results are hopeful in view of the ambitions displayed. Currently second in Ligue 2, the men’s team aspires to join the elite of French football. As for the women’s first team of Paris FC, it is also shining in the D1 Arkema and is currently in third place in the championship and is qualifying for the Champions League.

Aiming to become a key player in online sports betting, this new partnership is fully in line with this dynamic. This union is based on an ambitious and unifying project – that of accelerating the development of the two structures, both on a sporting and human level.

Through this partnership, VBET will be an integral part of the colours of Paris FC with its logo displayed on the team uniform for the next 18 months for all Ligue 2 BKT and D1 Arkema matches.

David OZARARAT, CEO of Softconstruct France group / VBET : “We are very happy to support Paris FC, it is a great opportunity for VBET to be present alongside the second Parisian club, which is followed by real fans, evolves in the top 3 of its championship and has the means of its beautiful ambitions.”

Pierre FERRACCI, President of PARIS FC :“We are delighted and proud that VBET is joining the circle of Paris FC partners. This new collaboration with a very dynamic player in its sector of activity illustrates the attractiveness of Paris FC and its development project in France and internationally. I would like to thank VBET for their support and for the great confidence they have shown in us. Welcome to VBET within Paris FC.”