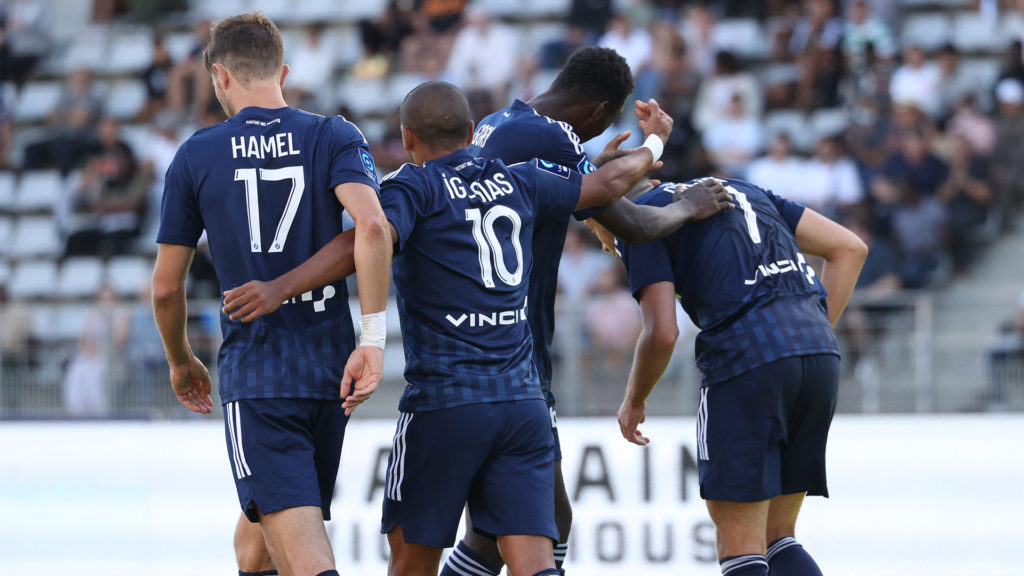 6′ GOAL ! Maxime Bernauer cuts out a cross from Hanin to score the first goal of the match. 1-0

19′ Oh the free kick of Hanin, Hamel misses the ball, which escapes in the exit of goal.

34′ GOAL ! Mehdi Chahiri feints at the goalkeeper to finish in the empty goal after a bad shot from Iglesias! 2-0

54′ Penalty for Paris FC after a foul on Le Cardinal. Pierre-Yves Hamel takes his responsibilities but loses his face to face with the goalkeeper.

79′ Goal for Quevilly. Balthazar Pierret deceives Filipović following a scramble in the box.

81′ Hadjam tries to dribble past the defender and the goalkeeper in the box but the referee whistles a foul against the Parisian player after contact with the opposing keeper.

After their draw against Sochaux, Paris FC was back at the Stade Charléty for this new season. The game started with a bang when Maxime Bernauer came to the back post after a cross from Florent Hanin. Paris controls the game and doubles the stake thanks to one of its recruits Mehdi Chahiri who dribbles Thuram after a big work of Moustapha Name in the middle. 2-0 at the break, we think the Parisians are safe. But a penalty saved by Thuram and a goal at 15 minutes from the end revive the Normans. But they were not counting on the organized Parisians, who were certainly afraid but managed to contain the last attacks of the opponents.

First victory of the season before a perilous trip against En Avant Guingamp, author of a perfect record for the moment.