Paris FC won tonight at Charléty (2-0)! A victory that allows the Parisians to keep their fourth place in Ligue 2 BKT and to welcome Sochaux on Tuesday, May 17 on its ground. 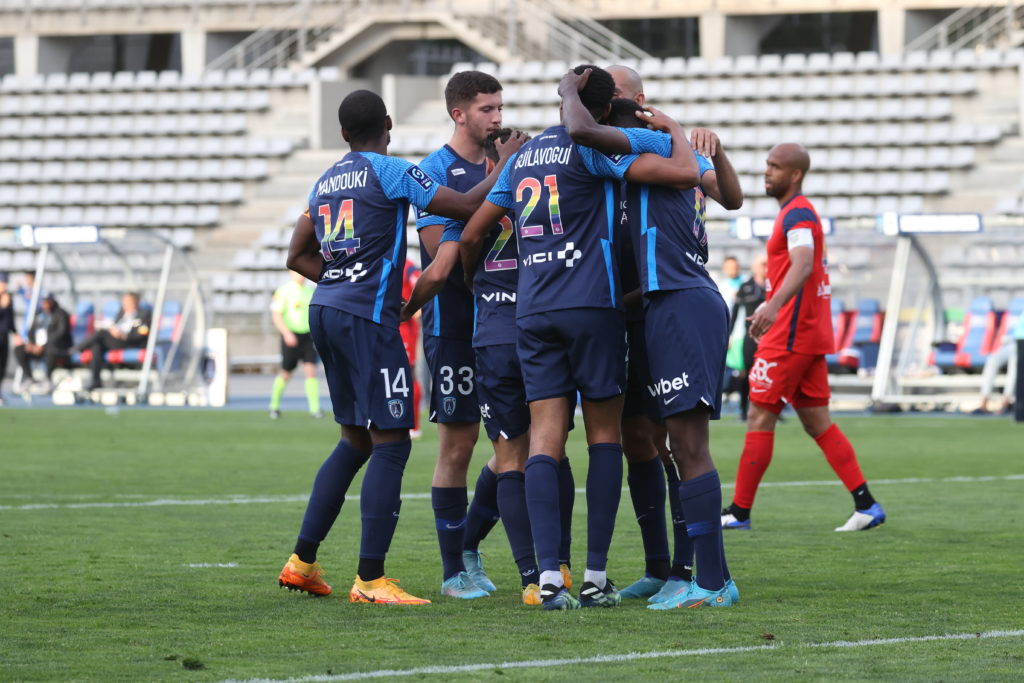 19′ It’s not far away! First real chance for Paris FC, Morgan Guilavogui finds Boutaïb’s head with a superb outside shot, the ball isn’t far from the crossbar.

26′ After a nice recovery of Name, Guillavogui finds Boutaib in the box, but is caught by the white and blue defender.

30′ Boutaib’s header hits the crossbar after a great cross from Lopez, it will end up going in for our Parisians !

34′ Oh the close range shot of Gory which collides with the goalkeeper.

50′ First incursion of Grenoble in the box of Filipovic perfectly stopped by Chergui.

54′ GOAL ! FINALLY, Maxime Bernauer finishes a perfect cross from Lopez at the back post with a powerful header. Our Parisians are finally rewarded!

58′ GOAL ! And 2-0 for Paris FC, Lopez finds himself alone in front of the goalkeeper and adjusts his shot just under the bar and allows Charlety to explode!

66′ Oh Chergui who almost adds to the score, the ball grazes his head at the back post and is cleared for a corner by the defender.

80′ Alfarela gets into the box and offers a cross to Hanin who sees his shot crashing on the crossbar!

The beginning of the game is disputed and the Grenoble team, wearing red, are not there to make any figuration. The Parisians were not worried during the first 10 minutes, but they started to answer to the game but could not finish and the 0-0 at half-time was frustrating because of the numerous opportunities.
It is then a Paris FC all in control which showed itself in the second half, like the first goal of Maxime Bernauer in Ligue 2 BKT on a superb head, followed by the realization of Lopez, only 5 minutes later. The end of the game was punctuated by many attacks of our strikers, but the score will not evolve any more, with three days to go before the playoffs, Paris FC had the goal to increase their confidence, and it is done.

Our Parisians win 2-0 and are sure to receive Sochaux at Charlety next Tuesday.