Paris FC lost tonight against FC Sochaux Montbéliard on the score of 1-2. Reduced to 10 just before half-time, the pressure of Sochaux will have finally cracked the Parisian defense at the end of the game. 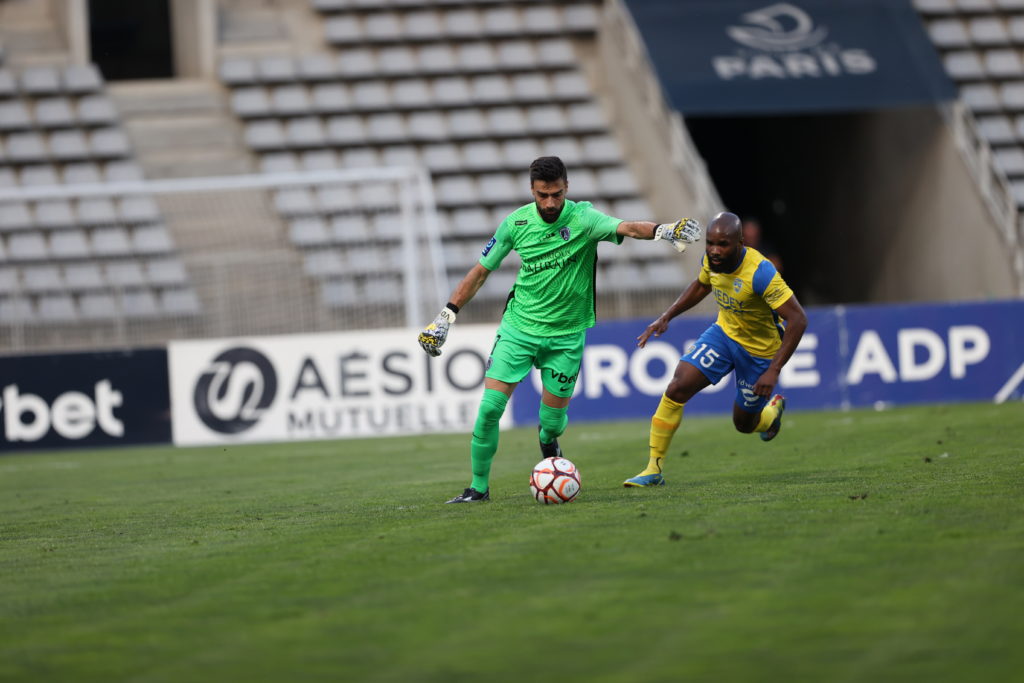 1′ Penalty, after a floating cross from Hanin, a Sochalian defender touches the ball with his hand in the box.

2′ Oh the penalty which ends up next to the goal ! Moustafa Name runs and misses the frame in front of the goalkeeper…

8′ GOAL ! Siby takes a cross from Gory with his knee from the edge of the six meters ! Already 1-0 for Paris FC!

12′! Another penalty after a bad tackle on Alfarela, who misses the opportunity to bring the score to 2-0! Second missed penalty…

20′ Oh Siby’s low shot which is narrowly deflected for a corner by the Sochalien keeper.

24′ First cross in the area of Sochaliens but very well anticipated by our goalkeeper!

37′ The referee lets play after a foul on Chergui, which benefits Siby and serves Lopez in a perfect timing, but Lopez steals his shot on the left of the goal.

43′ Moustafa Name takes a second yellow for excessive commitment, he is sent back to the dressing room… Paris FC will finish with 10 players.

45′ Goal for FC Sochaux Montbéliard, Steve Ambri, well found on the left side of the box, deceives Vincent Demarconnay at the post… 1-1 just before half-time.

53′ Scare on the edge of the box after a loss of ball, the Sochaliens strike in first intention, the shot is not on target.

55′ Superb intervention of Lopez in the surface which puts an end to the action of Sochaliens.

56′ New opportunity for the Sochaliens who manage to enter in the surface and to cross hard, the Sochaliens striker misses the ball by a little bit… Still 1-1.

85′ Sochaliens strike at the entrance of the surface! But far from Demarconnay’s goal !

89′ Oh the fright, Demarconnay is surprised by the rebound and is obliged to take the ball out with his feet!

90+1 Goal for Sochaux, a deflected Texeira shot at the entrance of the surface ends in the small net of Vincent Demarconnay… 2-1 for Sochaux.

In the line of sight for Paris FC, Auxerre, on Friday. And to do so, they had to beat their opponent of the day, against whom they have never lost at home (2V, 4N).

The pressure was not long in coming and the Parisians missed the first opportunity of the game after a penalty obtained at the beginning of the match. But it is without counting the immediate reaction of Mahamé Siby who finishes perfectly the following action. The rest of the half is a nightmare, with another missed penalty and a red card, Paris FC concedes a cruel goal just before halftime.

Paris FC will have drawn on all its resources to stay in the game, but the numerical inferiority will have been the reason of the defense at the very end of the game, a loss of ball in the opponent’s midfield will have led to the Sochalian goal, cruel for Paris FC which would have deserved to tear off an extra time to make vibrate Charlety 30 minutes more.