Paris FC won on the field of Nimes (0-1) for the 10th day of Ligue 2, this Saturday, October 1, at the Costières Stadium. A hard-fought victory that is good for morale! 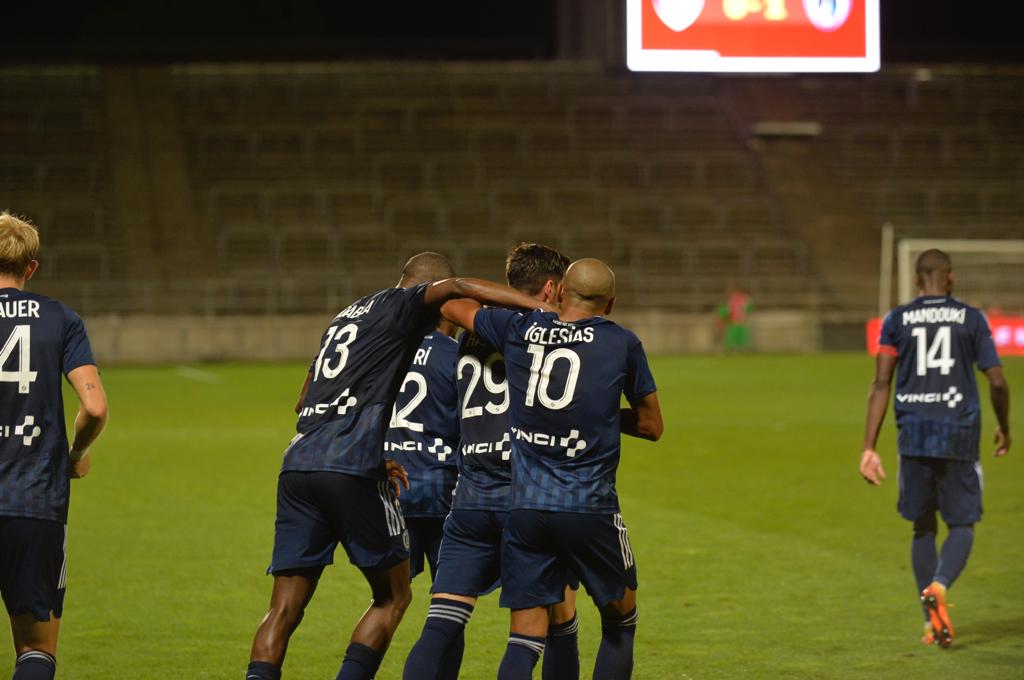 9′ Huge opportunity: Julien Lopez is on the receiving end of a cross but is blocked by Maraval. Ilan Kebbal recovers the ball but his shot is once again stopped by the Nîmes keeper who was still on the ground.

14′ Nguessan’s shot from 25 meters sends the ball under the crossbar but Ivan Filipovic is able to deflect it into a corner. The set-piece is useless.

53′ Good cross from Kebbal to Jordan Lefort who puts the ball in the net but Maraval deflects it away.

62′ New save of Maraval in front of Alimami Gory who was alone at the back post.

82′ Big save by Ivan Filipovic on a header of Tchokounté !

86′ Goal for Paris FC ! Julien le Cardinal takes the very good corner of Florent Hanin and touches the head of Djiga who deceives the Nîmes goalkeeper.

Paris FC is recovering after its defeat against Rodez AF two weeks ago. After a lively start where the goalkeepers had their work cut out for them, both sides took their foot off the gas and struggled to create chances. Paris FC kept the ball well without losing speed, while Nîmes was playing on the counter.

At the end of the second half, the Parisians had good intentions but did not manage to get any real chances. It is only in the 87th minute that Julien le Cardinal takes the very good corner of Florent Hanin. The ball hits Djiga’s head and deceives the Nîmes keeper.

Paris FC wins and regains confidence after this international break. Next meeting next saturday, 7pm, at Charléty !