Paris FC found the mental resources to overcome Grenoble (2-1). Thierry Laurey’s men win for the first time on the road this season ! 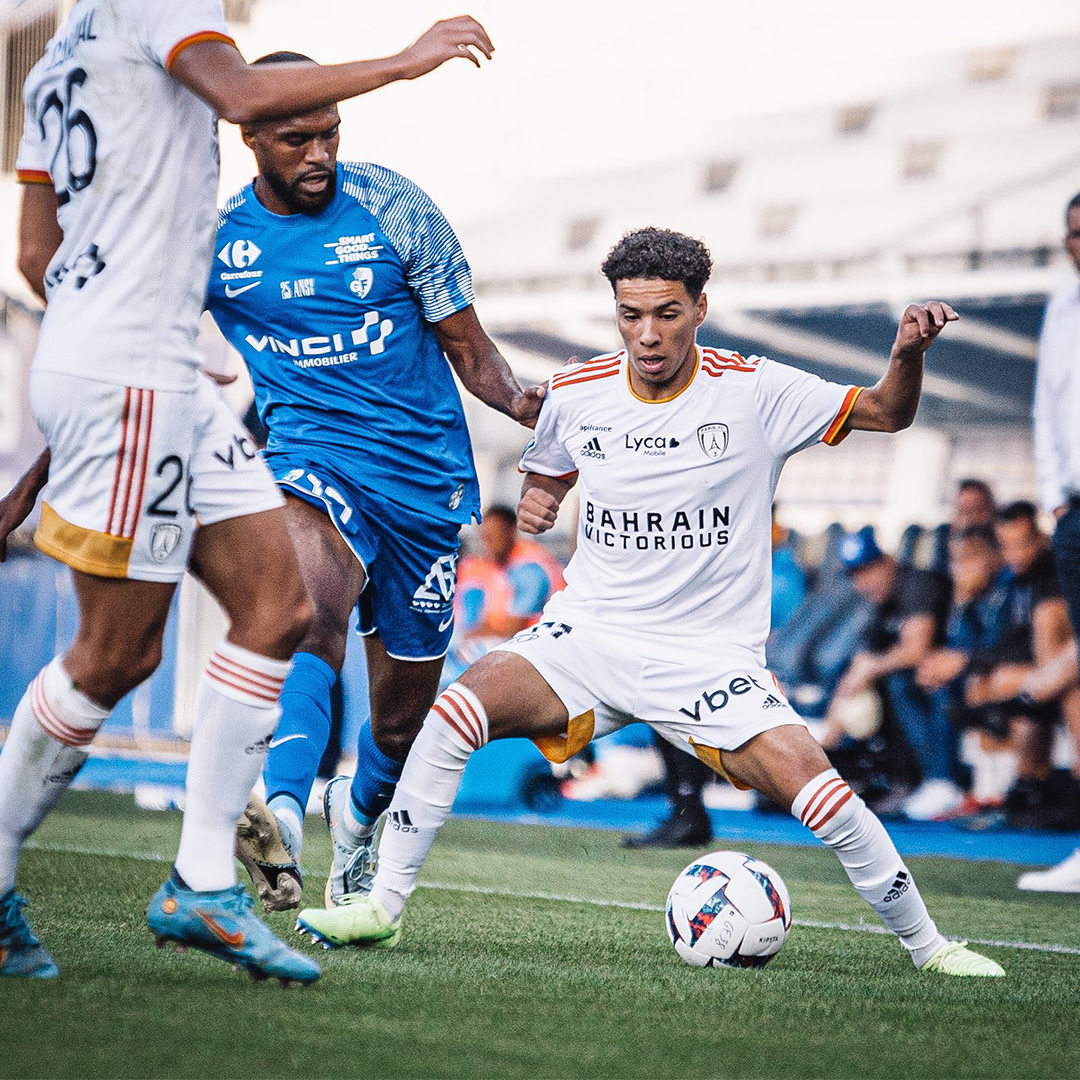 29′ Sanyang plays with Jordan Lefort and tries a shot in a closed angle. The ball goes past Ivan Filipovic’s goal!

52′ Alimami Gory sends Morgan Guilavogui in front of the goal… but the shot goes just over!

60′ GOAL ! Morgan Guilavogui opens the score with a delightful backheel from Ilan Kebbal… 0-1

78′ Goal… Against the course of the game, and on an express counter, Sanyang equalizes. 1-1

89′ GOAL ! Penalty for Paris FC after a hand in the box. Mehdi Chahiri takes his responsibilities and scores! 1-2

Still looking for their first away win, Paris FC travelled to Grenoble with the desire to take off away from home. Positioned in a 4-4-2 formation, the Parisians had to recover quickly from Pierre-Yves Hamel’s injury at the beginning of the first quarter of an hour. The first period is quite balanced but Thierry Laurey’s players seem to have the control of the game.
A control which is confirmed at the return of the locker room since the teammates of Paul Lasne, captain this evening, stumble on Brice Maubleu several times. The Grenoble goalkeeper is in a state of grace until… the hour of play, moment chosen by Morgan Guilavogui to send a cannonball in the top corner after a luminous pass of Ilan Kebbal. Paris dominates but Paris is surprised on an express counter-attack… But in a crazy end of the game, Paris FC gets a penalty after a hand in the box. Mehdi Chahiri scores and gives the victory to the club of the Capital!

With this success, Paris FC relaunches itself and definitively launches its season. A victory to confirm against Rodez on Saturday !