Adidas and Paris FC are proud to announce a new partnership for the next four seasons until June 2026. Thus, the two first teams, the youngsters from the academy and all the teams related to the association will wear the colours of Paris FC with adidas equipment.

Bound by common values such as equality, performance and the promotion and enhancement of youth through commitments in terms of inclusion and diversity, the two parties will work to develop the influence of Paris FC both nationally and internationally.

“We are very proud of this new partnership which reinforces our position as a leading sports brand in France and especially in Paris. We make it a point of honour to support promising sports projects in their development. We are delighted with this partnership with Paris FC, which shares our conviction that nothing is impossible if we work together to create great synergies.

“It is a great honour for Paris FC to announce this new partnership with adidas, the “brand with three stripes”, and world leader in football. This collaboration with such a powerful and creative brand represents a fundamental step in the development of the club and the attractiveness of the Paris FC brand in France and abroad. For the first time, Paris FC will play with a personalised jersey, designed to respect its colours and history. I welcome adidas to Paris FC.”

adidas is a global leader in the sports industry with its main brands adidas and Reebok. Headquartered in Herzogenaurach, Germany, the company employs nearly 60,000 people worldwide and has sales of over €21.2 billion in 2021. 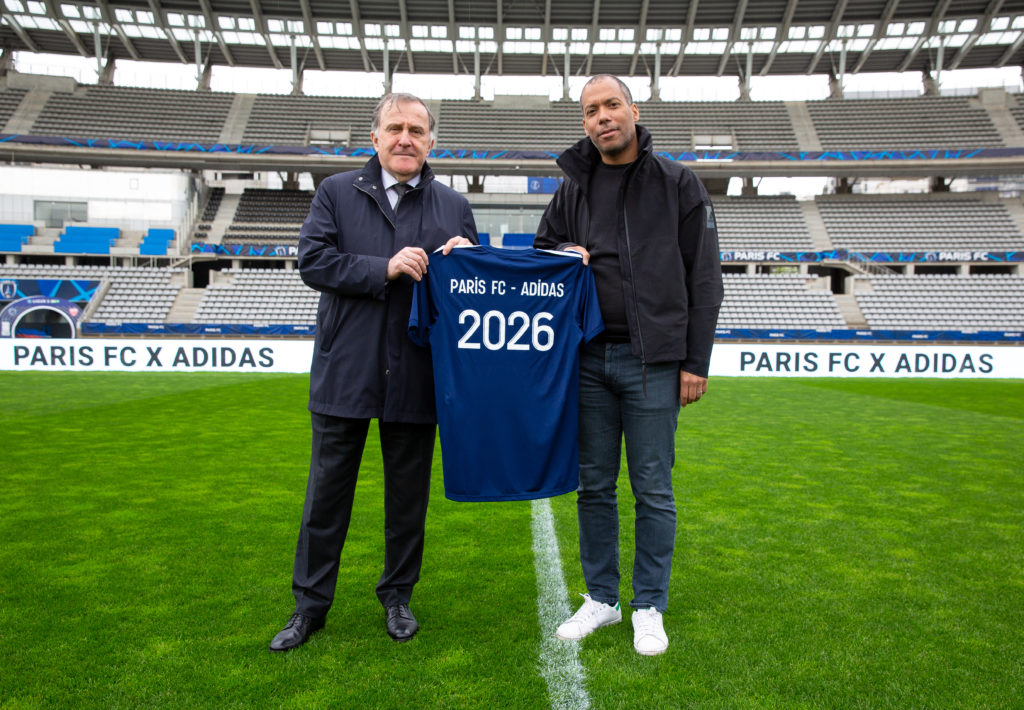