Results and feedback from Academy

Two big wins for the reserve team and the U17 and a frustrating defeat for the U19.

Mathieu Lacan : “It was a very good game from the boys! We made it easy for ourselves in the first half as we were leading 5-1 at half time. We were very effective offensively as we scored on each of our attacks. In the second half we controlled the game and quickly scored the 6th goal. We then managed our lead well even though we conceded a goal and Obed saved a penalty. It’s a very good game and it’s very pleasant to have managed to score so many goals, it’s very difficult in N3. And it’s been a long time since we won at the Dejerine stadium, so it’s also a satisfaction in that respect.” 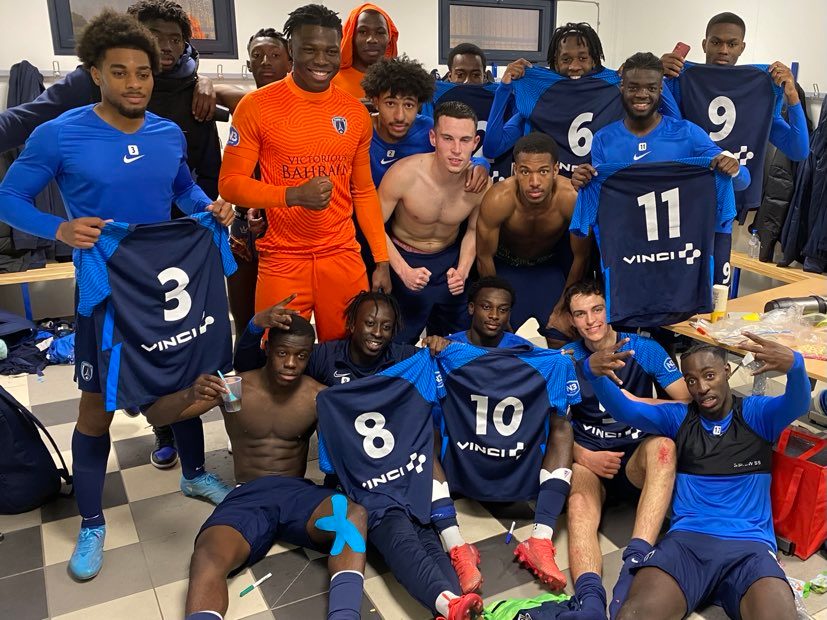 Flavien Binant : “We lost against the last team in the league, it’s a big disappointment and a poor performance. We were never in trouble during the game but we lacked efficiency. In a committed match, we had possession and we managed to create chances, including two big ones in the first half, but we didn’t manage to score. It was a trap game par excellence and we fell into it against a team that played a very direct game. We were exposed as the game went on and we conceded a goal through an individual error five minutes from the end. We were not lucid and concentrated enough to come back to score. It’s a complicated match but it will be useful for our young players to learn.”

Clément Lucas : “It’s a good win that could have been bigger without disrespecting the opponent because we had a lot of chances in this game. We took a goal from a corner at the beginning of the game, which could have made us doubt and lose confidence, but that was not the case at all and that’s a positive point. We stayed true to our principles and we managed to make our chances count in the first half with three different goals. After the break we managed to score a fourth goal before conceding a penalty. We played the last 15 minutes with 10 against 11 as our changes were made and we had an injury. Despite that we managed to score a fifth goal and not be worried. We were mature, united, concerned and not at all complacent. It’s very positive. We played a good game against a team that is playing for survival and that fought until the end. It’s never easy to win these games.”