In the closing game of the 20th day of D1 Arkema, Paris FC lost with honors to the leader Lyon (0-2). Sandrine Soubeyrand’s players competed in the game, but were punished on small details. 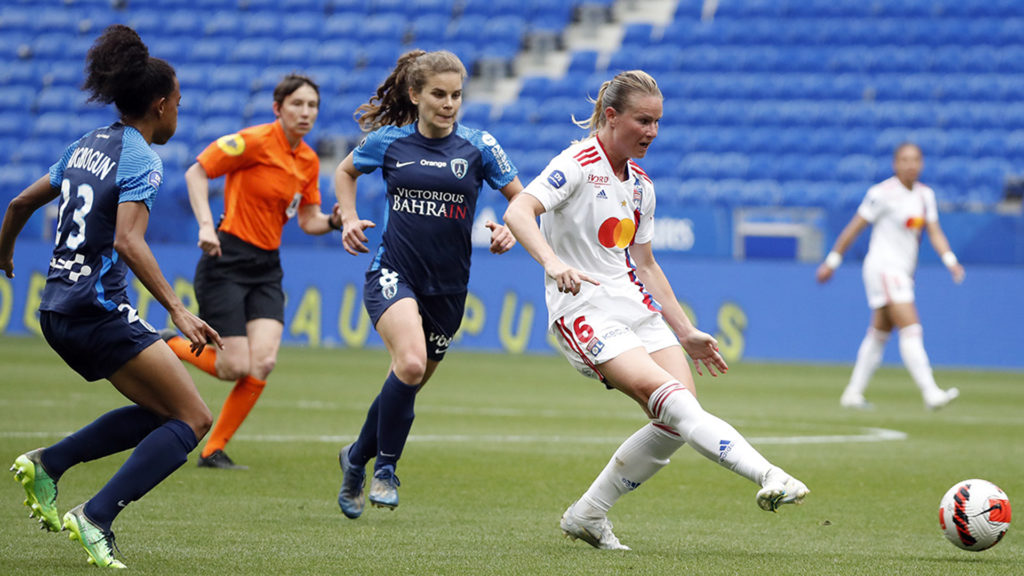 18′ What a Parisian action! It starts with Ouleymata Sarr and ends with a shot from Clara Mateo cleared by Endler for a corner!

22′ Chiamaka Nnadozie makes an exceptional double save in front of two Lyonnaises.

39′ Eseosa Aigbogun’s back pass is not strong enough. Lyon does not take advantage of it… It was a close one!

44′ Goal. Ada Hegerberg opens the score after a scramble in the box. 1-0

61′ Goal. After a collective action, Delphine Cascarino doubles the score with a cross-shot.

71′ Sophie Vaysse’s shot is slammed over the crossbar by Endler.

In a Groupama Stadium where nearly 6000 spectators had come, Paris FC knew that this match would be an inconsequential one in the ranking. Sandrine Soubeyrand’s players were assured of a place in the Champions League play-offs and took the game by the right means. As is often the case against the D1 leader Arkema, the slightest mistake is paid for in cash. And on a scramble in the box, Hegerberg opened the score. It was a pity because of the good situations for the Parisians.

At the end of the second half, Lyon managed to break the deadlock at the hour mark. However, the Parisians continued to get a lot of situations. In vain.

Paris FC lost against Lyon but the club of the Capital leaves the head high of this shock!