Paris FC won Amiens this Saturday (2-1)! A victory combined with the defeat of Sochaux that allows the Parisians to recover the 4th place of Ligue 2 BKT. 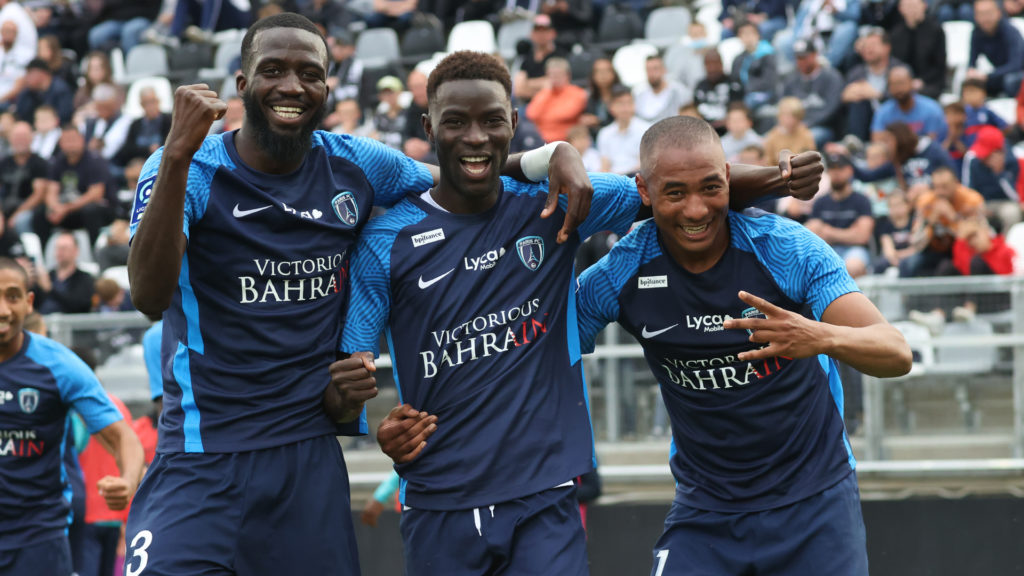 16′ On a long free kick, Ousmane Camara touches the ball with his head and it hits the post of Vincent Demarconnay.

35′ Vincent Demarconnay makes a big save in front of Akolo found in the right side of the field. Vincent stops in two steps this heavy shot.

51′ GOAL ! On a corner of Moustapha Name, Samir Chergui cuts at the first post and scores his first goal in Ligue 2 BKT ! 0-1

62′ Incredible return of Jaouen Hadjam as Badji was going to run alone in front of Vincent Demarconnay.

71′ GOAL ! Florent Hanin receives the ball on the edge of the box and serves Cyril Mandouki. The Parisian midfielder curls his shot past Gurtner! 0-2

88′ Gurtner makes a great save from Morgan Guilavogui.

Morgan Guilavogui said in a press conference that Paris FC would play two bonus games before the play-offs. But this Saturday, the Parisians answered present as well as their 300 supporters who came to Amiens to give their voice! After a very tight first half, Samir Chergui showed the way to his teammates by scoring his very first goal in Ligue 2 BKT. Samir was imitated 20 minutes later by Cyril Mandouki, for his first goal of the season.

If the last few minutes were not easy for the Parisian hearts, Thierry Laurey’s men will have their destiny in their hands next week in Charléty against Grenoble.

Once again, Paris FC would like to thank the nearly 300 supporters who came to Amiens!